What is
Lean Body
Fit Camp?
our
programs
100%
money back
guarantee
join for
1 week
free!

Chelsea Cooper started her training career at 24 Hour Fitness in Huntington Beach, Ca in 2004. Where she became a Certified Personal trainer, through National Association of Sports Medicine (NASM). Before leaving the company to pursue her own personal training business in 2008, she became a Master Trainer - (which means she has over 5,000 hours of hands on training) - the top position a trainer could have in the company.

In early 2008, Chelsea decided to go on her own and started Train With Chelsea where she trained out of Club No Mercy Studio & HB Hard body in Huntington Beach. During this time she began writing for MPA Media Publication a health & wellness magazine. Chelsea has also done several photo shoots for the publication as well. She currently writes in the To Your Health magazine (a division of MPA Media) several times a year.

In late 2009 Chelsea decided to branch out with the mission of helping more people get fit and fabulous. So she started Lean Body Fit Camp in Long Beach, Ca.- combining her love for fitness, results, and fun, in a group environment.

In 2010 she teamed up with the City of Long Beach and Pacific Gateway Investment Workforce, a program set up to help people in the community find work. She helped develop a fitness and nutrition program and teaches periodically at various facilities. She has been a guest speaker on various health topics at several churches and women's conferences.

In 2011 Chelsea welcomed aboard trainer Larmar Avila to help her in LBFC's quest to get the City of Long Beach the fittest city in America.

Prior to training, Chelsea played for Long Beach State Women's Basketball team where she helped lead them to their first post season play in 10 years.

Chelsea obtained her Masters Degree in Public Policy and Administration, at Long Beach State in 2002. She was an Assistant Women's Basketball Coach at Cypress College. From 2002- 2004.

Chelsea is always looking to better herself so that she can help people reach their highest potential through health and fitness. She attends various workshops and clinics throughout the year. 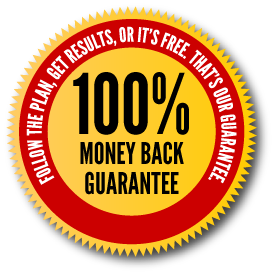 What is my business worth